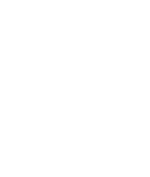 The Greek mathematician, astrologer and philosopher Pythagoras, born in 580 AD, can be considered the founder of modern Numerology. He centered numbers and showed that everything could be traced to numbers and through this redirection was possible more insight into the universe.

Pythagoras has spent much of his life studying numbers and for that reason he is often called ‘Father of modern Numerology’. He also found that two triangular numbers together always constitute a four-edge number.

Pythagoras sought to establish links between philosophical and mathematical concepts, believing that numbers had a great cosmic meaning. We still learn Pythagoras’ theorem during the mathematics lessons.